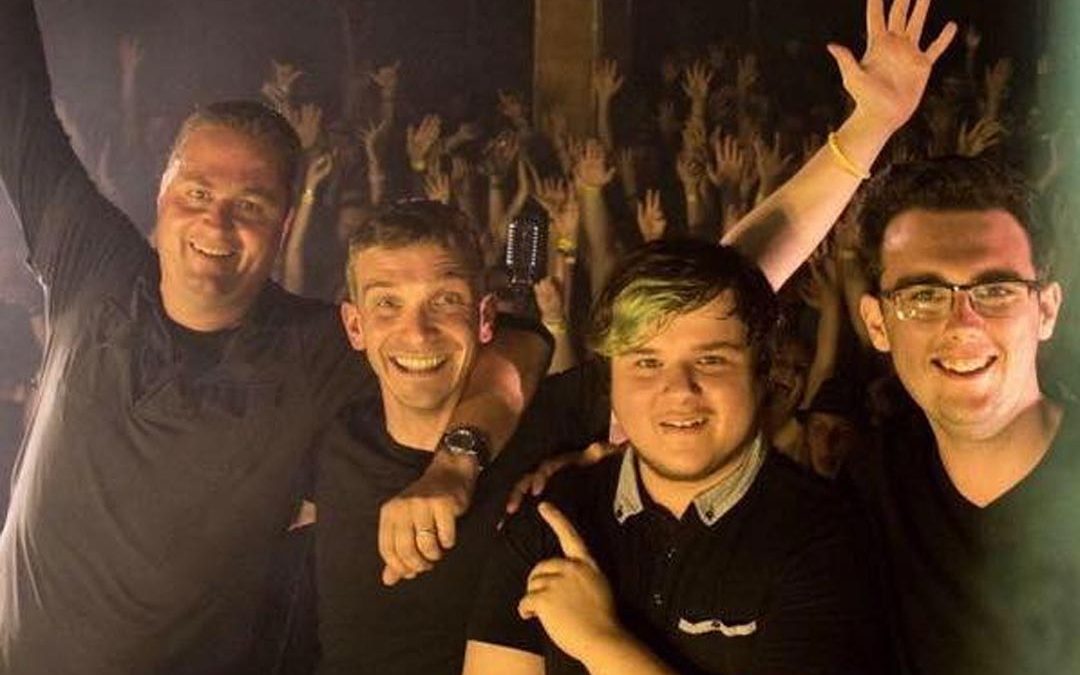 What a great night down at Canvas last night.with Filta a 90s dance cover band playing for a a private birthday party in the live lounge. It took some doing though. The party guests arrived from 8, and the band could not get to us before then. So before 8, to ease the setup, I had all the mains supplies, monitors and mics already positioned and wired up as close to their working positions on the stage as possible.

“Thanks John very much.  The sound was awesome on stage. . Huge huge thanks.” . Huw. (Keyboards Filta)

This was done without causing an obstruction to the band getting their gear into position. I also set up the channels for each of the inputs and outputs on the desk set with some settings which should be close to what they needed to be. This is absolutely where years of experience of the mics, what they are being used to pick up and the speakers system comes in useful. 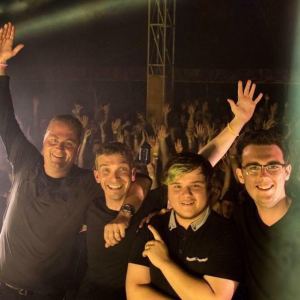 8 the lighting was taken down to a warm inviting state and the Dj started playing and in the guests came eager for the evenings proceeding to start. By the time the band arrived around 8.30 the room was full of guests in all sorts of marvellous costumes there was a big foam Packman, Britney Spears, Batman, Timmy Mallet and the list went on. There was no other choice, we had to get them in from the exit across the dancefloor and setup on the stage through this pandemonium. With care the band got themselves in with no mishaps Then they got setup really methodically: drums first with all his band member helping. Then I had a few moments to get the drum mics in position. Next the back line and keyboards went up and again I had a few moments to place the mics and Di for these, then the monitors went into their final positions and finally the vocal mics went into position. “Success” no cable spaghetti and everything in the right place.
Next on to the difficult bit. How do you do a soundcheck in a noisy room full of guests who you don’t want to annoy.
Here is my solution. It relies on you having a really helpful band and, in this instance, I had a great bunch who could not have been better.

We started off with the drums and I got him to play the base drum along with the track the Dj was playing. While he was doing that I listened to it on headphones and set the channel up as normal. Then I put the base drum in the main PA. As he was playing to the track it did not cause any disturbance to what the crowd were hearing other than the base drum did change a bit. With it in the mix I adjusted the channel again to improve it further. It never sounds or feels the same in headphones as it does in the pa. Next, we did the same with the snare and Hi hat then I had him play along with the track on the Base, Snare and Hi hat to let me get a balance between them. Next we worked through the rest of the kit and after we had don the overheads he played the whole kit along with the track. So far so good.

Next, I used the same process with the bass and keyboards which again was fine the only problem with the keyboards is they had no back line so as soon as I had checked each of the 3 keyboards on the headphones I had to send it to the keyboard wedge and set up a balance between them for the keyboard player. I had to do this for the lead vocal, bass and drum monitors as well before we moved on, this was a bit difficult as communicating with the band in the dark was awkward but we managed. Finally I did the vocals using the same principal as before but singing along with the track was not on, so I got a sensible level in the monitors and then we concluded we were ready to do a performance !!. After talking to the Dj and band we decided we could bring the band on at 20 t0 10.

The result of the evening was the doors opened just before 8pm . The band arrived at 8.30 pm. They finished sound checking Ha Ha at 9.20 and went on stage at 9.40 and sounded OK within the first number they sounded fine and the band were happy, on stage no frantic swinging of arms or gestures

And what a great band Filta are, have a look at their videos http://www.filtamusic.com/video/.

After nearly 2 hours, nonstop, classic 90s Dance, the set ended and in the same methodical way they band packed away and through the crowd got they gear back to the van. Nice thing was that as soon as I got to the stage they all said thanks for the stage sound which made the evening even better.